How does ForestWatch work?

The ForestWatch® automated fire detection and decision support system from Envirovision Solutions combines mounted, programmable cameras, communication links, computer hardware and some of the most advanced image processing software in the world. Together these elements create a powerful, and highly intelligent, early warning system 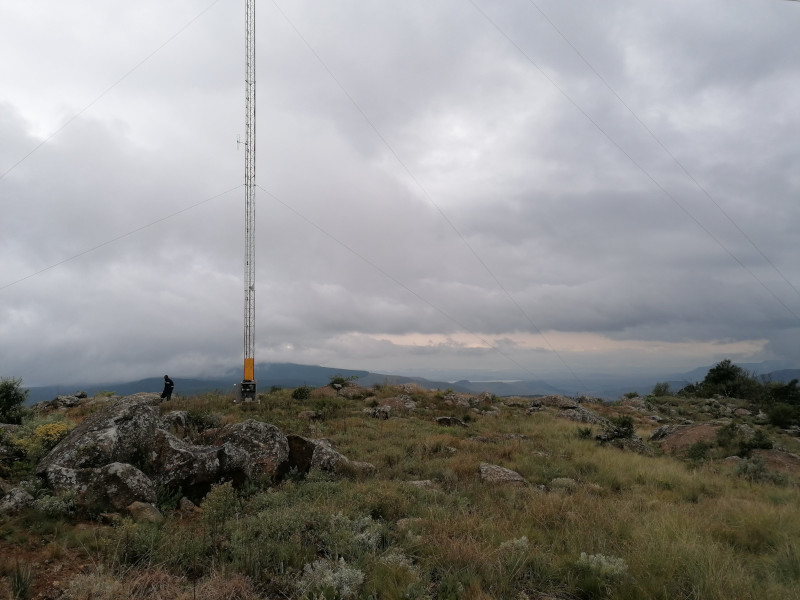 The camera is mounted in an optimal high position such as on an existing communications or lookout tower, or even on a specially constructed stayed mast. Most importantly the camera should have an unobstructed 360º view of its surroundings. The camera works 24 hours a day and is programmed to continually rotate and scan pre-set subsections of the landscape at an optimal distance of up to 16km. One scan takes 2-6 minutes.

While working with live video, the camera also captures a sequence of still images at each section. These images are then optimised (stabilised, compressed etc.) by the on-site Image Sampling Engine – a small computerised image processing unit – before being forwarded on to the operations centre for analysis by the system software.

How the camera and ISE communicates with your operations centre and vice versa. This communication link can take the form of a microwave link, wireless internet, a fibre optic cable or satellite connection. Given the remote location of so many cameras, microwave links and satellite communication are most commonly used when setting up a ForestWatch® system. 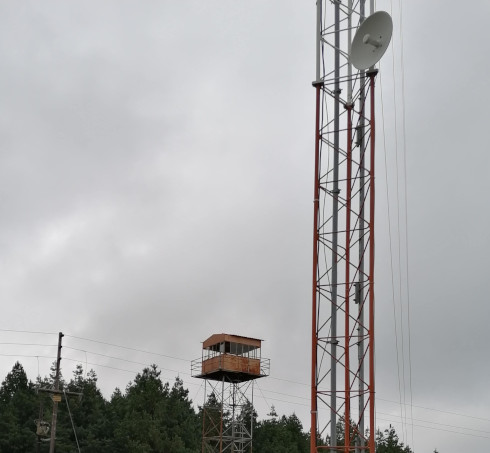 The operations centre, where images from the camera are automatically analysed by the ForestWatch® software and viewed by a human operator on a computer. Each operator can monitor the feeds of up to 8 cameras at the same time. The use of a multi-view display allows for panoramic views and the efficient monitoring of much more terrain than was traditionally possible.

In addition, the operator works with 3 other screens, which function as follows:

The operations centre also contains a Dispatch computer, which at the click of a button can immediately alert senior decision makers and emergency response personnel to a developing situation – via the Internet or mobile phone. Progress of a fire is distributed to all key stakeholders immediately in this way, supporting better decision-making and resource deployment.

In addition, all camera footage is marked with date and time stamps, tower information and camera settings, and archived in image servers at the operations centre, for record keeping and post-event analysis.